Launcher develops the world’s most efficient rockets and transfer vehicles to deliver small satellites to orbit.

Our team is made up of the very best minds from the aerospace industry. We are experts in fault-tolerant spacecraft avionics and we’ve played significant roles within NASA/JPL’s avionics and robotics communities, SpaceX and Google. We’ve designed hardware and software for use on Earth, the International Space Station, in orbit around Earth's moon, Mars, Saturn and Jupiter. We’ve even driven rovers on Mars. As a hardcore engineering team, we don’t believe in half measures and we’re looking for more engineers just like us. If this sounds like where you belong, we’d like to hear from you.

As a Hardware Test Engineer you will be working under the direction of Launcher’s Avionics leaders to test avionics hardware, Launcher designed flight computers and the flight software for all Launcher vehicles. You will support ongoing propulsion testing and advance the development of our Avionics software test and simulation platforms for our products: Launcher Engine-2, Launcher Orbiter, and Launcher Light.

This is a unique chance to test and develop world class software with our team who have worked on some of the most advanced spacecraft ever to leave the planet. Most importantly, you will work as part of a team that believes that finding and fixing errors is a positive experience that will make everyone’s work better, and makes the team stronger as we continuously improve our processes and products.

Develop test stands for hardware in the loop testing.

As we must adhere to the U.S. Government space technology export regulations, including the International Traffic in Arms Regulations, you must be a U.S. citizen, lawful permanent resident of the U.S., protected individual as defined by 8 U.S.C. 1324b(a)(3), or eligible to obtain the required authorizations from the U.S. Department of State. All applicants must indicate their immigration status on their resume and/or cover letter. 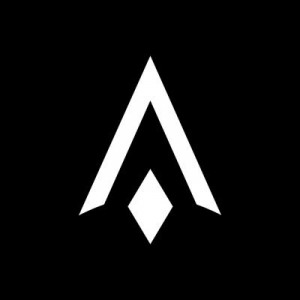 Apply for this job

To apply, please send your application to: https://jobs.lever.co/launcherspace/838fc08a-945e-433a-9ee0-b8017eb065b3. Please indicate the name of the position in the subject line of the e-mail: Hardware Test Engineer.

Your session has expired. Please login again to continue.